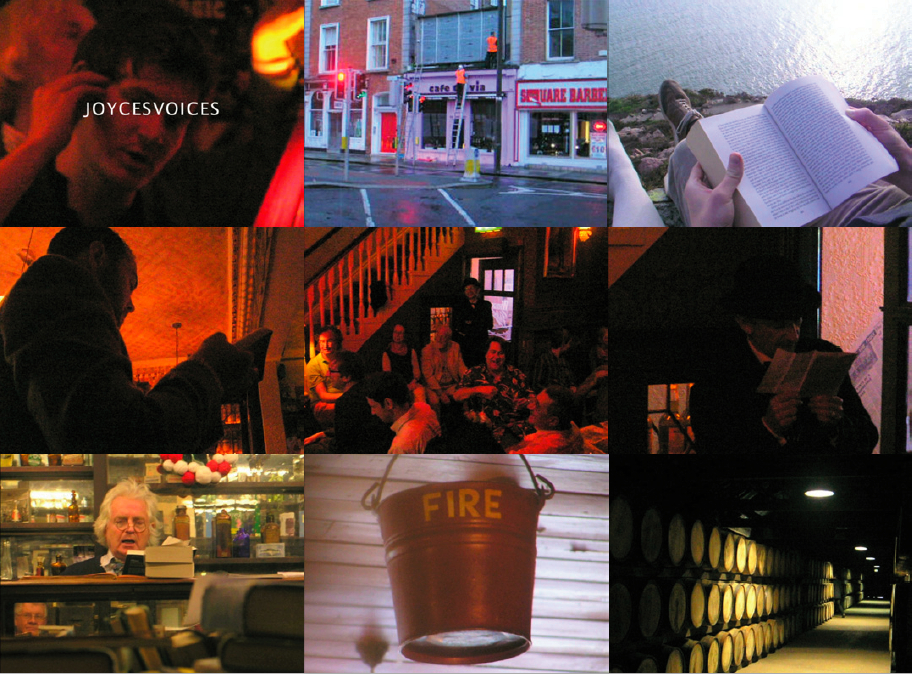 JOYCESVOICES retraces an evening of readings from Finnegans Wake, by a group of regulars at Sweny’s old chemist shop in Dublin. The film was born from an encounter with this community, who gathers weekly around the cyclical deciphering of the text, maintaining alive and aloud one of the most remarkable and impenetrable works of the 20th century.
The soundtrack was recorded in one sitting and includes selected passages read by different Sweny’s attendants. The montage alternates between synchrone images of the same evening and images of the readers in various locations of both the city and the book’s map, punctuated by symbolic elements that relate to direct references and interpretations of the text.

JOYCESVOICES was screened as a preview at Arthurs in Dublin in November 2015 and at Studio Prototyp in Prague as part of the Stereoeditions exhibition in May 2016.