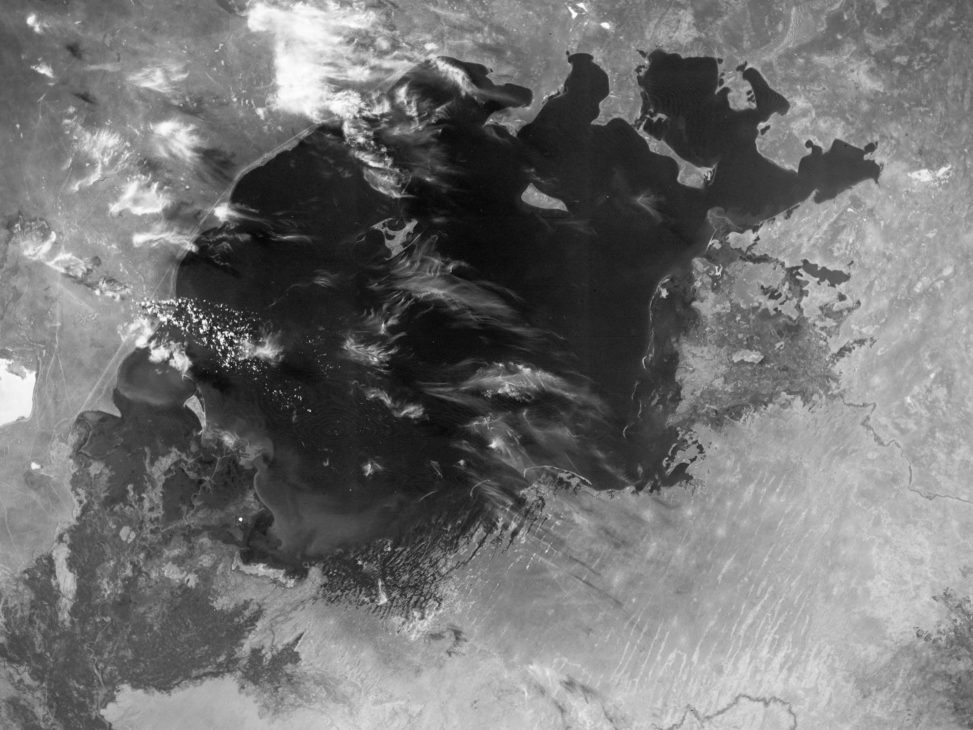 Short experimental film created from satellite images and other archival materials from the Sea of Aral, showing the gradual decrease in water levels and the drastic transformation of the landscape.
A digital time lapse sequence created from these images, transferred onto 16mm film through kinescopage and further manipulated with colour tints, which affect the images visually and materially.
I consider this film as a staged tale of a sea with no water, drawing its title and soundtrack from Flaherty’s 1934 “Man of Aran”, a vision of erosion of the landscape and of the film material itself, reflecting on the consequences of human economic and political action on an environmental level and using the Sea of Aral as a key event of unprecedented scale.

Tinting and toning at A4 Sounds Darkroom Dublin