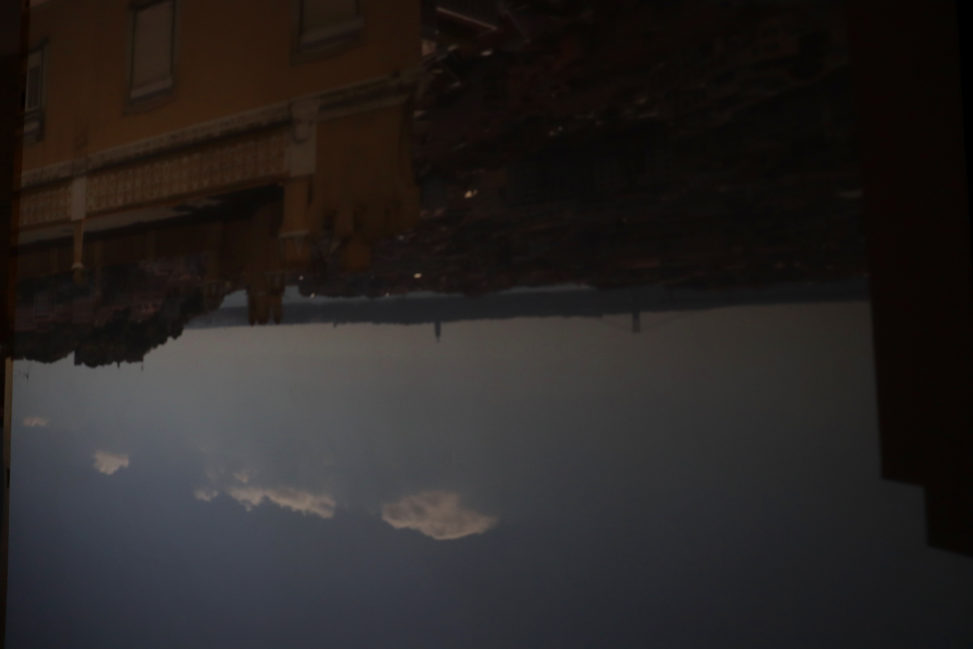 During her residency at Hangar, which coincided with the second Covid-19 lockdown in Portugal, Helena Gouveia Monteiro created a camera obscura in one of the studio spaces overlooking the city. Making use of this historical device that merges in real time interior and exterior spaces with the addition of some performative elements, she created a video piece in collaboration with artist and musician Juliette Liautaud who contributed with a soundtrack from her album “Solstice” (Stereo Editions 2019).